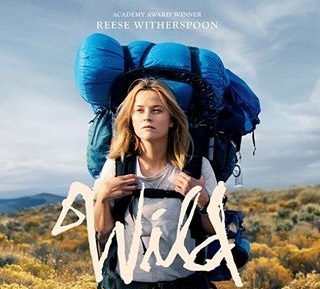 “Wild” is as much a movie about hiking as it isn’t a movie about hiking. It’s not a documentary about the beauty and wonder of the Pacific Crest Trail (PCT) nor a hiking how-to-guide – it’s a story of Cheryl Strayed’s journey to overcome her personal demons and come to terms with grief, loss and addiction as she hiked more than 1,000 miles of the PCT.

The movie is just under 2.5 hours long and although readers of the book will be quick to notice omissions from the book (like Strayed’s comical ice axe practice sessions and her inspiring encounters with trail angels), the movie stayed fairly true to the text and, to my gear geek delight, obvious care was taken to ensure that the backpacking gear used in the movie was consistent with the gear available in the mid-1990’s, when Strayed hiked the PCT.

Producers even paid a hefty sum to the Estate of Bob Marley to allow Witherspoon to sport a shirt bearing his likeness, as Strayed did in real life. (Why the hefty sum, you ask? Because Marley’s Estate did not like that the movie featured scenes of drug use. Oh, the irony…)

Both hikers and non-hikers alike will enjoy this movie and it’s definitely not one that you need to “read the book” before seeing, although some may find the film’s depiction of the events leading up to Strayed’s life in flashback format a bit disorienting at times.

Reese Witherspoon did a great job playing Strayed and gave her a depth of character that doesn’t necessarily come through when you read the book or hear Strayed speak in person. In fact, Witherspoon was so convincing in her grit and determination that I think I might actually prefer Witherspoon’s version of Strayed to the real Strayed herself.

However, with the exception of Dern, none of the other supporting roles get enough screen time to even bother reviewing their performances. I initially thought that Dern, at 47, was not old enough to play mother to 38-year old Witherspoon convincingly, but after seeing the film, I think it was Witherspoon who was a bit too “Hollywood old” to play a 27 year-old convincingly.

There’s been much fuss within long-distance hiking circles about what effect mass-marketed movies like “Wild” and the currently-in-production movie “A Walk in the Woods” will have on the Pacific Crest or Appalachian trails. Frankly, after the gross-out scene of one of Strayed’s toenails falling off and her struggles to stand upright with a full pack on, I am not sure that anyone who has never hiked would be inspired to set foot on the trail, but if it does, then all the better.